Fashion speaks 2020 follows political unrest in Belarus, reflecting how a rigged election sparked creativity and colour on the streets of Belarusian cities. Protest movement, led by women, uses flowers, crafts, and fashion as weapon. Our series of activities is designed to support Belarusian people on their way towards freedom and democracy. In a creative dialogue with Belarus -born, Sweden – based artist and drag activist Edvard Tarletski/Madame Zhu Zhu, Ludmila Christeseva showcased a series of performances across Stockholm city and within the frameworks of several festivals.

One of the performances includes the act of sewing the Belarusian national flag, ripping the seams, and sewing them together over and over again. The white-red-white flag is forbidden, yet the national colour palette has moved to the streets of Belarusian cities as a fashion style, and also, as laundry installation. People who do not comply, risk being remorselessly suppressed by the dictator’s regime. Will arrests, violence and fines undermine the brave and creative acts carried out by the Belarusian people as they head towards freedom and democracy?

Both artists focus on gender identity and use sewing, ripping and re-construction as a tool to spread awareness about important social and political issues.

11/09 – Birthday Party for Svetlana Tikhanovskaya, which included the production of the video-greeting for the folk president and Sky – workshop with Belarusians living in Sweden. 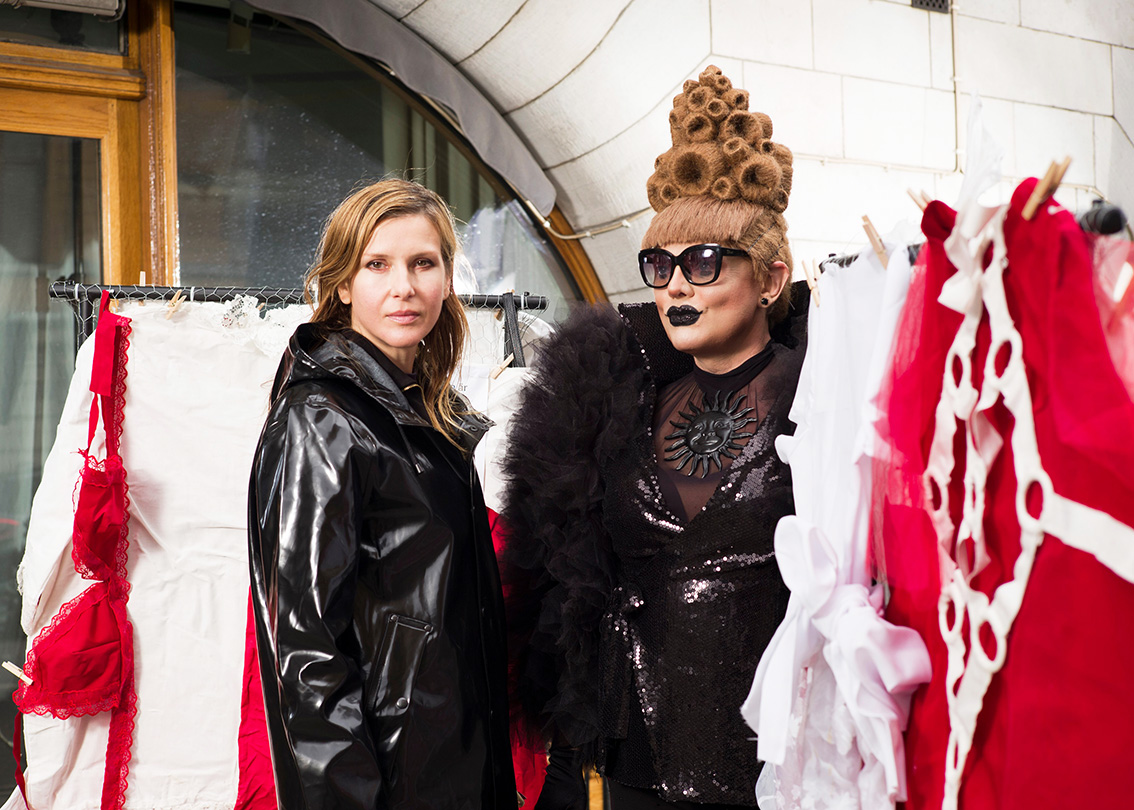